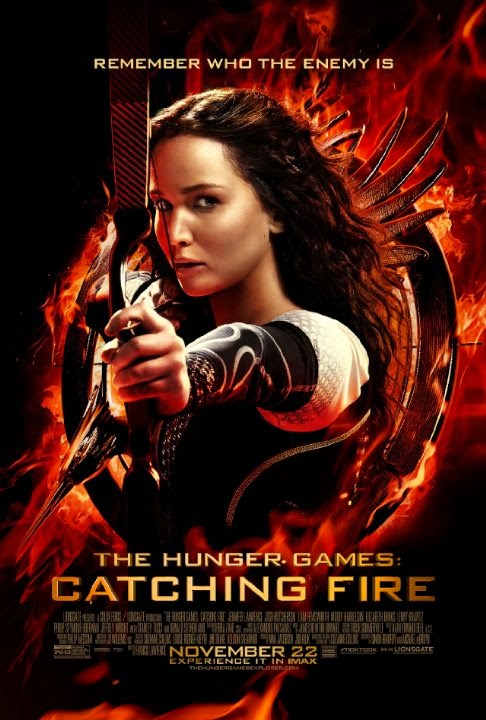 So todays Film Friday is on the Hinger Games Catching Fire.

I read these books as well as saw both movies in theater, and then purchased them on iTunes upon their release, for this movie that was last Friday.

It is the sequel to the first movie The Hunger Games, its about a girl who after winning the 74th Hunger Games, has to go back in and once again fight to the death, alongside her “fiancé”. And though she really wants to be left alone to live with her family in peace, the people of the districts are turning her into a revolution icon.

As mentioned above I did read the entire series, so its nice to see the books come alive. It’s also nice to have more of a realistic Science Fiction movie and even though the heroine is able to kick some serious butt, she still bleeds, and even though she always overcomes, she does so with both physical and emotional scares.

Obviously the thought of ones government taking peoples children and making them fight to the death just because they can and want to prove that is a scary thought, and is quite violent. But the movie was made very well and they don’t really focus on the violence of, more of the Hope and Survival aspect.

Would you recommend it?

Definitely, though not to anyone to young, because it does contain violence.

I also recommend reading the books first because as always the books are better than the movies.