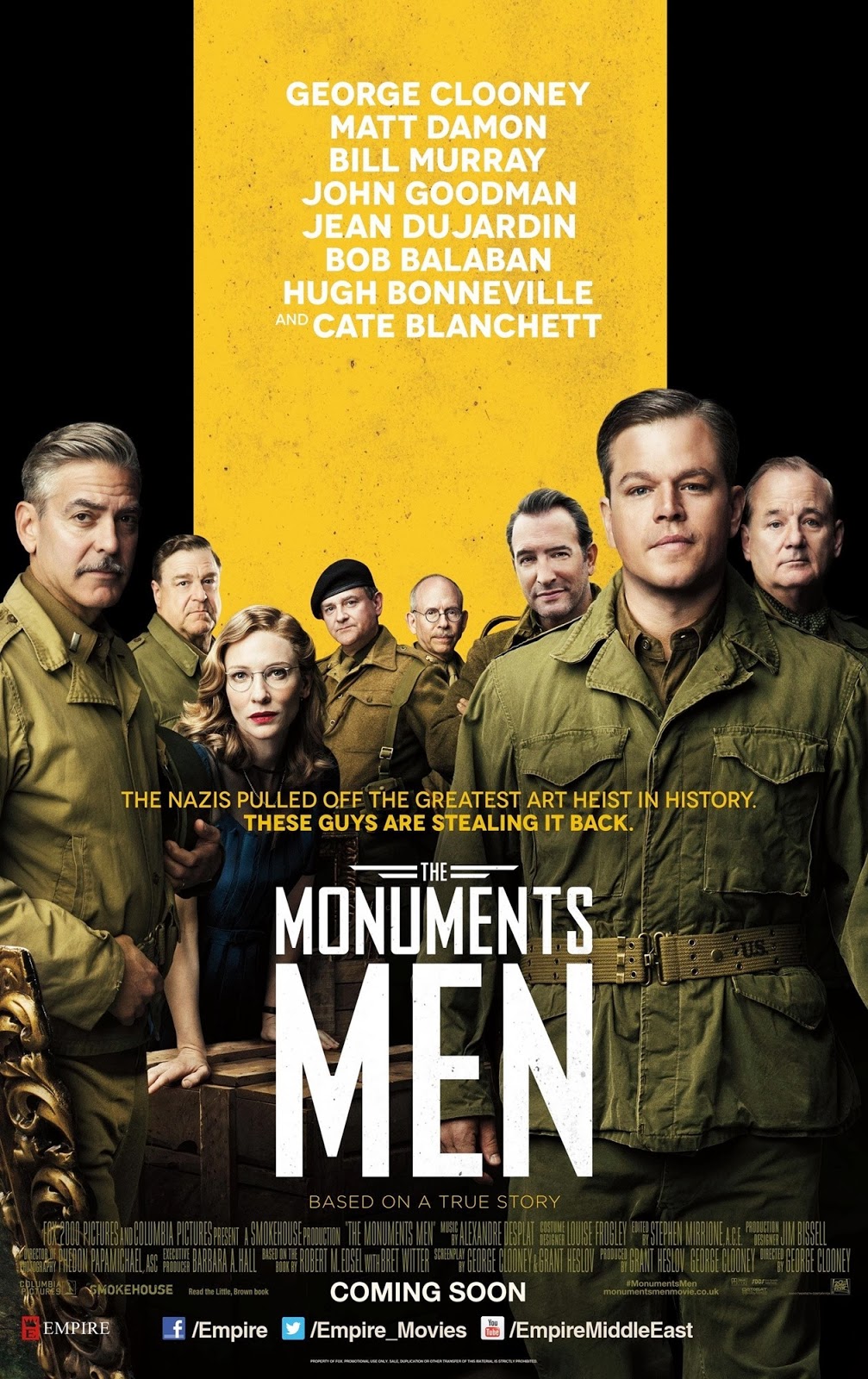 I went to the movies 2x this week, which was a shock to the system because I haven’t been to see a movie since early December. I saw Pompeii and The Moneuments Men, this post is about the latter.

This movie is about a group of men that was tasked with finding artwork that had been stolen by the Germans during WWII. I have to say I was not impressed with this movie, it starts off well, your pulled in and interested, but it just seems to drag from there, and though they have the chance of creating the excitement this movie desperately needs they seem to intentionally move on to the next scene. I love George Clooney as a director, and normally would give him a huge thumbs up but this movie almost has too many stars, you can’t really keep up with what everyone is doing since they all split up and go sperate ways around Europe. Sadly the only part that I was pulled into was the with John Goodman and Jean Dujardin, and thats because one of them died.

All in all the movie has a story to tell, if only they actually told it, rather than waste so much time focusing on that one missing statue. This is a true story so its worth a watch, but Redbox it.