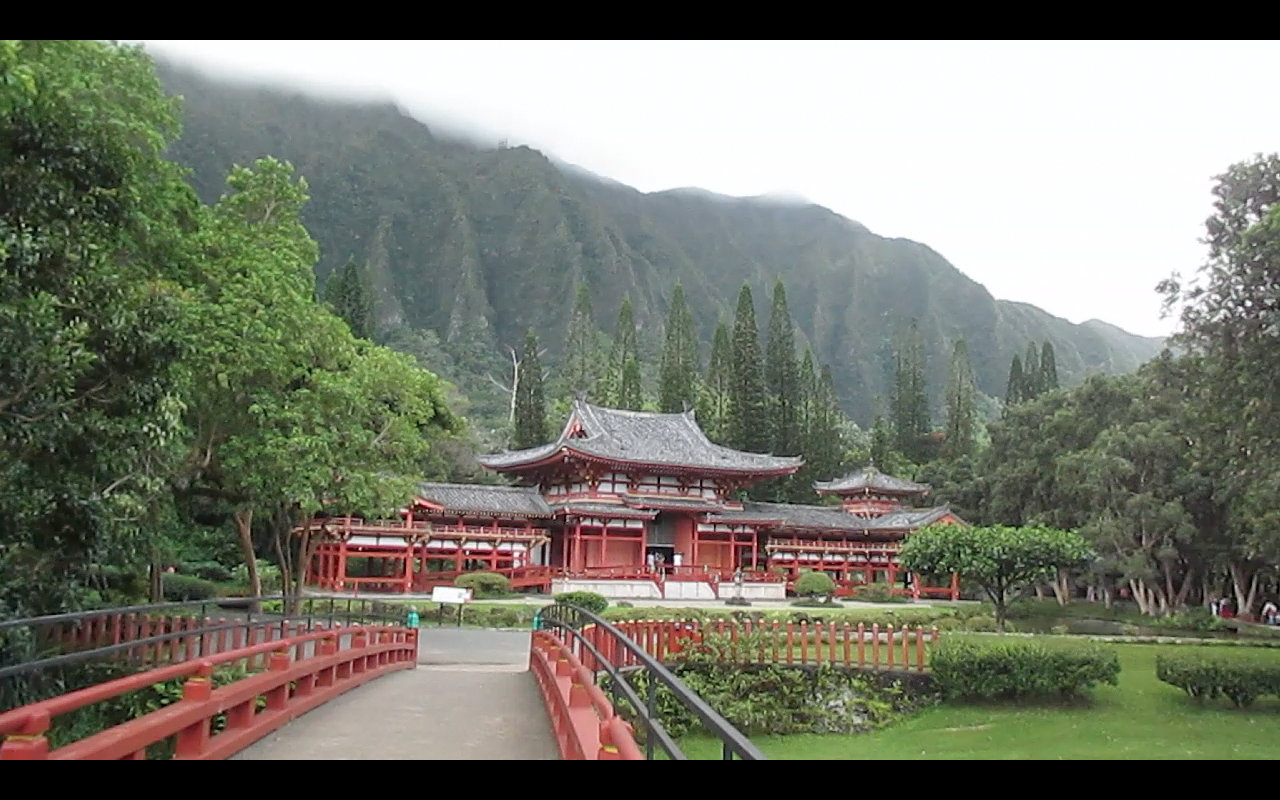 Don and I decided to go to Valley of the Temples and I thought I would take you guys along so you would get to see a bit of Hawaii. Unfortunately this turned into a total vlogging fail, as when I got home I realized every time I held the camera I had my thumb covering the microphone, which meant you see me talking but you can’t actually hear me 🙁 At first I wasn’t going to upload it but decided I would anyways because it was so beautiful there and it is about an hours drive from my house and I don’t have any plans to return in the near future.

Valley of the Temples is a place where all religions can come together in one spot and worship in their houses, the one we went to is a Buddhist temple that is an exact replica of the Byodo-in Temple in Japan that is 980 years old. It was built in the 1950’s to honor the Japanese Immigrants that had come to Hawaii.

It was such a peaceful place, even though there were black swans, and peacocks every where it was still real tranquil and relaxing. I loved walking around the grounds and see the animals mixed in with this truly amazing work of art.

I hope you guys enjoy the blog, I will do better next time I promise and also plan to do these a bit more regular and show you a bit of the Hawaii life.