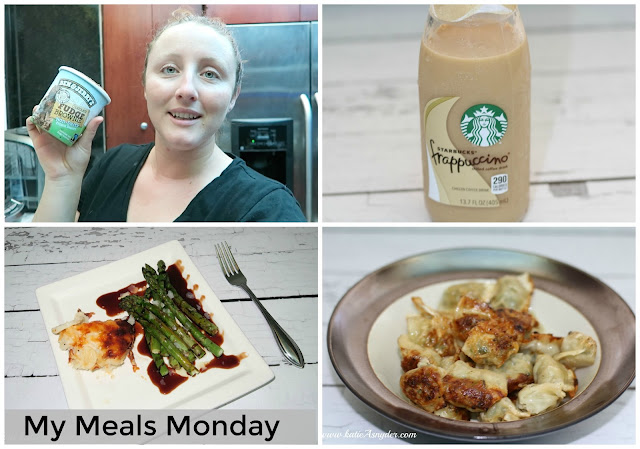 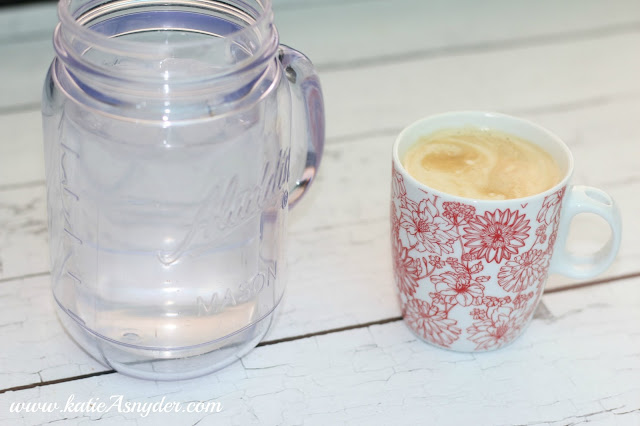 Today I started my day off with my usual coffee and water, though I did add a few ice cubes in my water as it was quite warm today. I usually drink room temp water in the morning because it was recommended by my doctor as a way to wake up with system without shocking it. 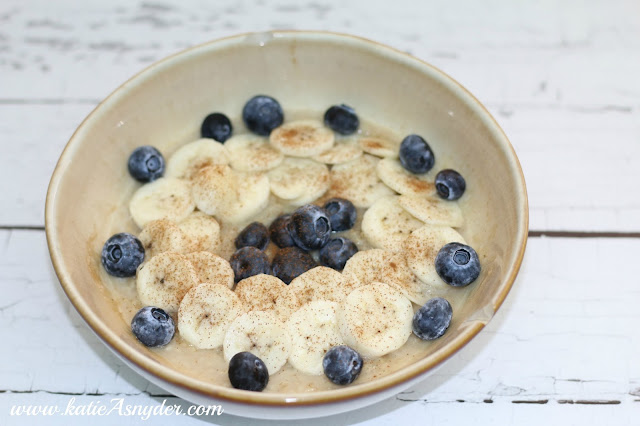 I then made a nice bowl of oatmeal, bananas, blueberries, and a dash of cinnamon. Any longtime followers will know I’m not a massive fan of cinnamon just thrown over the top of something, but I am trying to add some extra flavor to my very bland tasting oatmeal. 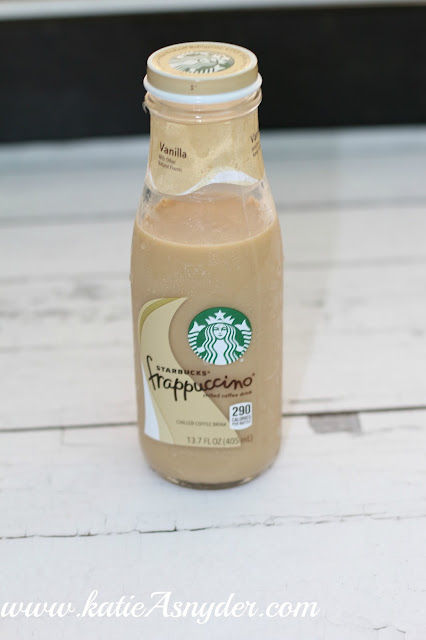 I then needed a pick me up and was at the grocery store so I grabbed a Starbucks Frappaccino, I wouldn’t recommend this on a regular basis due to the sugar count, but sometimes you just need one! 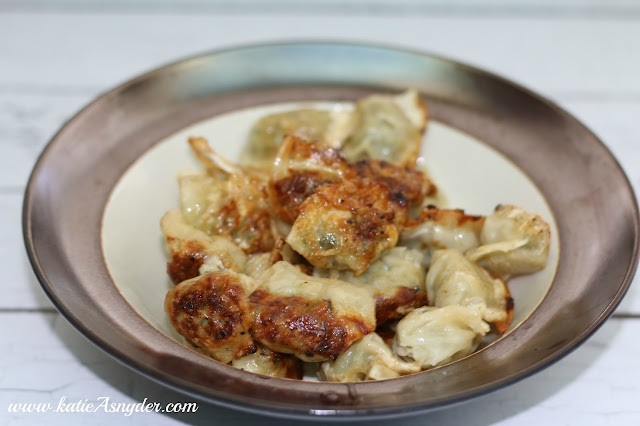 For lunch I had vegetarian dumplings, at this point I’m trying to go through my freezer/cupboards and eat anything that isn’t vegan so I’m not tempted later on, as well as I don’t want to throw it out as thats  so wasteful. 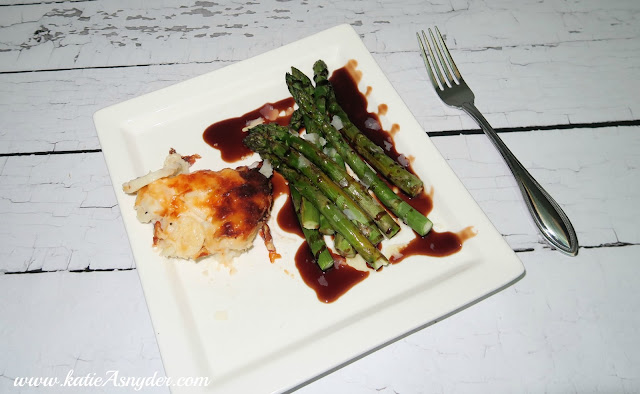 For dinner I made some baked asparagus with olive oil and balsamic glaze which was amazing, and then had a bit of Don’s scalloped potatoes as well. 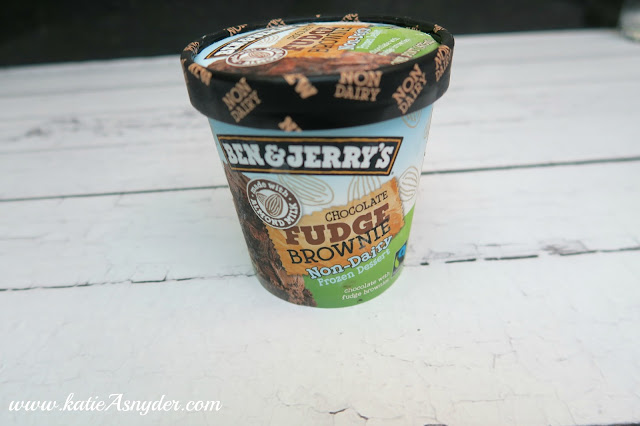 For dessert I saw this dairy free Ben & Jerry’s and really wanted to try it, which it was so good I highly recommend it, but I’m trying to figure out if it’s vegan or not.

I have read the ingredients and didn’t see anything that could be an animal product, but it says dairy free rather than vegan, though that could be because dairy free might have greater appeal/understanding than the word vegan…please let me know in the comments if you know whether or not this is actually vegan.

Thats everything I had today, what did you have?