Today I took the time to create a little Doggy Advent Calendar for my boys Charlie and Louis, it took a bit of time as I had to wrap 25 packages containing 2 treats for them to have for Advent, unfortunately a little later in the day it went terribly wrong…. 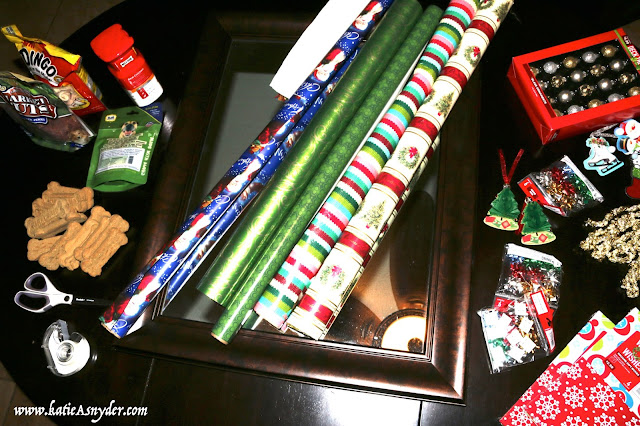 To make this DIY Advent, I used a wall mirror, wrapping paper, dog treats, and a few little decorations I found at my local CVS.

I started by placing a piece of wrapping paper over my mirror and then decorating the seam with a bit of gold bead garland.

I then wrapped 2 treats (1 for each dog), into 25 little packages, as a side note, I am a bit of a perfectionist and wrapping Christmas presents is such a joy for me as they always come out looking so beautiful, this was not the case with the dogs treats, so be prepared for some wonky looking gifts!

Then I wrote 1-25 on each package and taped it to the wrapping paper covered mirror. 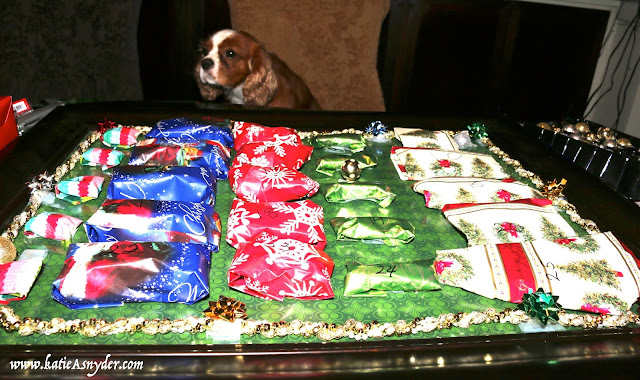 And your done! This can be used for humans as well and actually is great for kids, you can go to the Dollar Store and wrap up a bunch of little toys and they have a cold advent calendar, that isn’t completely filled with candy. 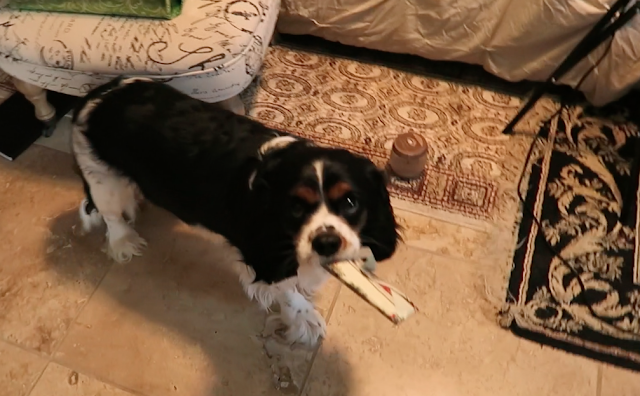 As for where mine went wrong, I placed it in my office, leaned up against the guest bed and it was too long later I heard what I thought was scratching at the door by Mr. Louis, to my horror he had completely torn apart the advent calendar, and when I took the package he was carrying he proudly returned to the scene of the crime to grab another!

I wanted so badly to be angry with him, but he was so proud of himself and you can never be mad at his face, with those brows lol.

Here is the vlog that I caught the whole thing on camera with, it was so lucky I happened to be trying to take one of my little “Artsy” shots of Charlie sleeping.

Also here is the Main Channel Video and Daily Vlog!