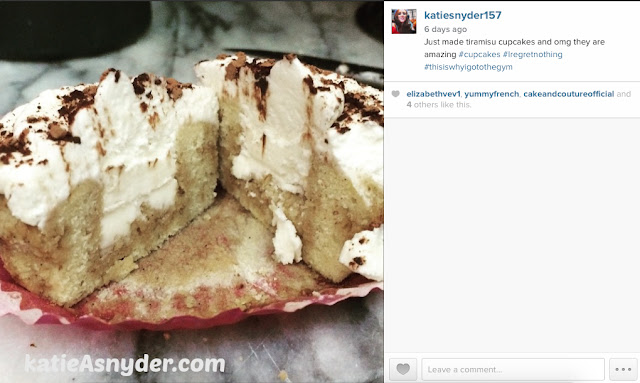 About a week ago I posted the above picture on Instagram, Facebook,  and Twitter,  and within minutes my twitter was blowing up asking how I made them, I then asked what video you would like to see for Tutorial Tuesday and you also said “the cupcake video”, so here we go… 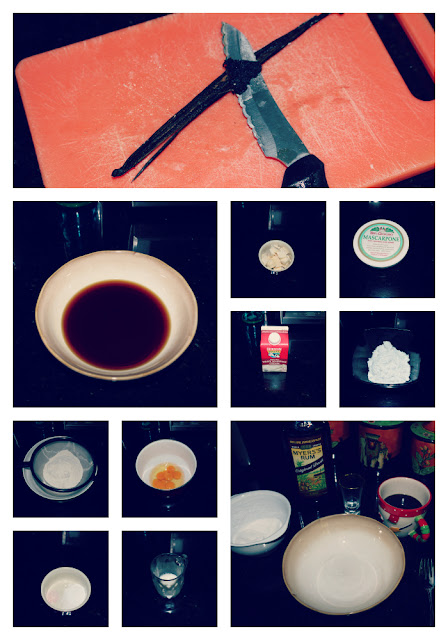 The recipe I used is from my favorite cupcake book Martha Stewart’s Cupcakes, and the recipe is Tiramisu Cupcakes (page 38), and here is what you need for this recipe:

Coffee-Rum Syrup (in the book she used Marsala wine but it didn’t have enough flavor so I switched to Meyers Dark Rum, also the alcohol in this is completely optional) 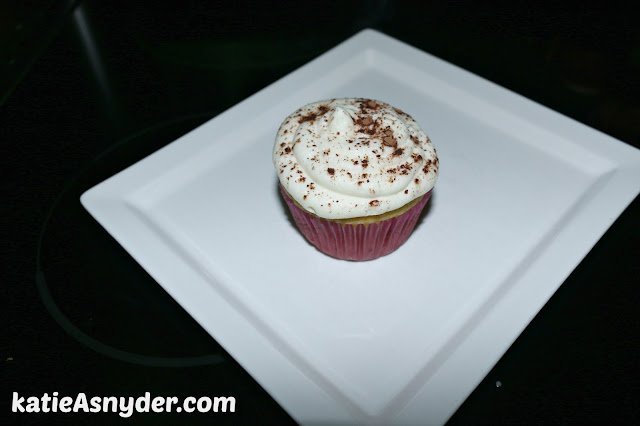 Preheat your oven to 325 degrees F, line your muffin pan with cupcake liners and set aside. Mix together Flour, Baking Powder, and Salt, then set aside. In a small sauce pan add the Milk, Vanilla Bean Pod & Seeds heat just until little bubbles form on the edge of the pan, then remove from heat and whisk in butter until melted, then let stand for 15 minutes.

Remove the vanilla bean pod and adding the Milk and Flour in 1/3 amounts at a time, GENTLY FOLD into the egg mixture DO NOT STIR THIS MIXTURE, if you do it will cause your egg mixture to collapse and your cake won’t be sponge like. After everything is completely combined spoon into your muffin pan and cook for about 20 minutes (until done).

While that cooks make your espresso-rum mixture combine all ingredients into a small bowl and stir, you want to make sure that the sugar doesn’t sink down to the bottom of the bowl, it needs to be completely dissolved.

After your cupcakes are done allow them to cool in the pan, once cool take a small hole out of the center of the cupcake, I used an icing tip to twist the center out. Once all of your cupcakes have their holes in them pour a small amount of the Espresso-Rum mixture and swirl then brush the top of the cupcake and allow about 15 minutes for it to completely absorb.

Whiles that is setting its time to make the frosting, the first this we are going to do is mix the powdered sugar and the Mascarpone together, then whip the heavy cream until it forms stiff peaks, DO NOT OVER WHIP! After your cream is whipped mix in the Mascarpone mixture.

Now its time to frost your cupcakes, I choose to use a piping bag as it is a little messing using just a spatula, but first fill your holes, you want them to be so filled they are ever so slightly overfilled, then go over the tops of each cupcake. Finally dust over the cocoa powder, the easiest way to do this is line the cupcakes up on a cutting board or parchment paper and sprinkle over all the cupcakes at one.

And your ready to enjoy your cupcakes! If you make this cupcakes post a picture using #KatieBeeBaking so I can see your amazing baking skills.

The video for this is here, and here is also todays daily vlog!