Growing up I can remember the very first time someone used the word “Feminist” and it was used as a slur, a derogatory term, a bad name, I’ll never forget the way the man stared down and the woman angrily and said “What are you some kind of feminist? Are you going to go burn your bra now?”.

Looking back at that moment as an adult woman, I can imagine how terrifying that moment was for that woman, to have a man she didn’t know towering over her in a very intimidating way, and speaking to her as if she had just kicked his dog. That woman was my grandmother and we were standing in a Food4Less checkout, she had commented on some cover of a tabloid, I cannot remember what she said (I think I was maybe 9),  but I can remember the fear that I felt in that moment.

Now that I am a fully functioning grown adult I can tell you that word “feminist”, has so many meanings for so many different people. For some it may mean “Survivor”, “Equality”, “Freedom”, “Safety”.

For me, when I hear the word “Feminist”, I feel Love, Compassion, Empathy, Sadness, Anger, and Alone. We live in a world that has become more diverse than ever, but at the same time we have managed to become more divided than ever. How? Through the power of social media we should be connecting with each other on a greater level, instead we use it as another weapon, a way of tearing each other down, and as a way of tearing ourselves down. 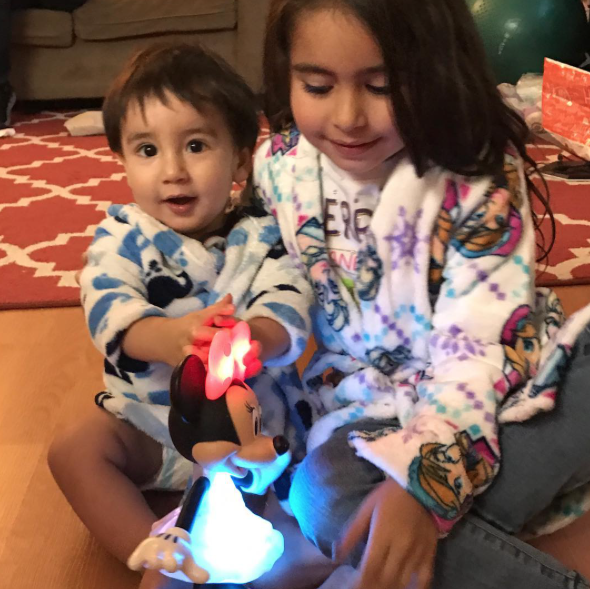 I also want to live in a world where her brother Nicolas is given the same opportunities as her. So many people assume that to be a feminist, hating men is a full fledged requirement, but it isn’t, I would argue thats a rumor started by a few insecure men. Sure there are a handful of woman that may call themselves “man haters” but look at their histories most if not all of those woman were somehow mistreated by men, and no-one would blame them for their feelings.

In short I want to live in a world where there isn’t a divide on whether a woman should be pumping at work, or what bathroom a person uses, or whether or not a woman deserved to be raped because her skirt was a little short. I want to live in a world where we start asking people who are clearly suffering if there’s anything we can do, and when we see each other on the street we aren’t looking to see if they are similar enough to us for us to associate with them. Being different is what makes being a live so amazing, meeting new people who have different thoughts than us and being able to have shared experiences that is life itself. I hope to one day live in this world, and for the sake of all the children like Sophia and Nicolas, and millions other we can move closer to this kind of world soon.

What does Feminism mean to you?