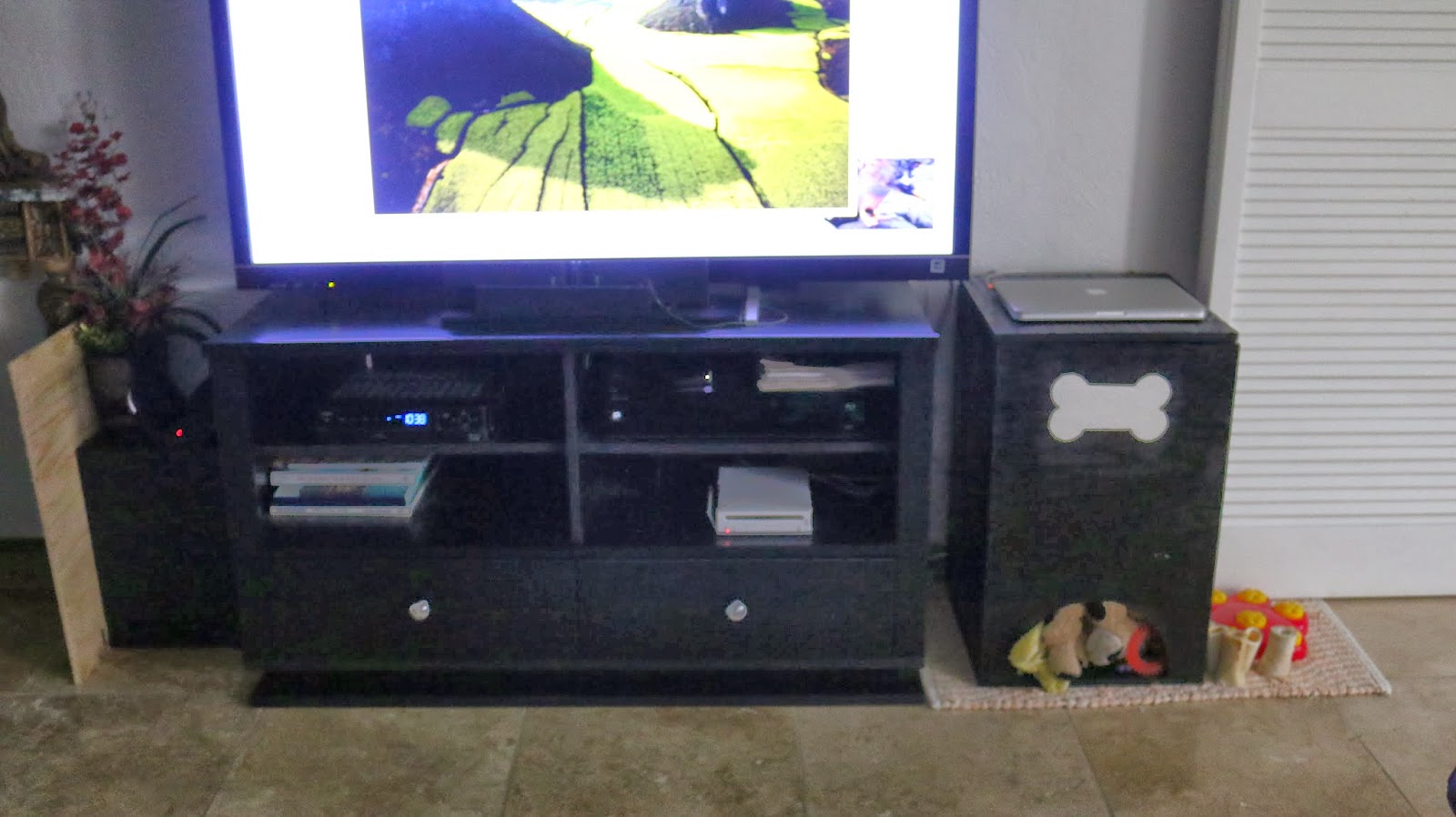 If you follow me on Facebook, Twitter, or Instagram you know that I recently got a new puppy named Louis, I will doing a proper blog and video introduction for him just like I did with Charlie, but with a new puppy in the house it meant more toys, which meant my house looked a wreck all the time. For those of you that have followed my YouTube Channels you know I’m a bit OCD and want everything neat and organized and if it isn’t then I don’t sleep well at night, almost like the clutter is taunting me calling me out of bed to clean it up. So I found the coolest doggie toy box on Etsy and ordered it immediately. Sadly a few days after my order I received a full refund with a note saying they only shipped to thee continental United States, which irritated me because why couldn’t they say that in the listing. After I dealt with my anger, I decided make my own doggie box similar to the one found on Etsy, but mine would be better because I could build it to the same height as my entertainment center so it looked like a set.

So I sent Don to the hardware store with the understanding

that if he got everything I needed cut to size I would build it. It was actually really easy to build you need four walls a bottom and a top so I just screwed the walls together, then screwed on the bottom, and then attached the top with 2 small hinges. I then painted the entire box black to match my furniture. Then came the hard part, how was I going to get that nice rounded hole into my box like the one we saw on Etsy? Thats when Don went back to the hardware store and bought a jigsaw, when he came back with it he cut the hole in the box for  me because I was to scared to do it (we were going to add the smaller holes to create the paw print but decided we actually liked it this way better).

I then painted a white doggie bone onto the box which was a lot harder than I thought because I was doing it free-hand (I didn’t want to order a stencil and wait for it to come in), after I got the bone done I wrote Charlie and Louis’ names on the box in the white bone area but after looking at it for a while I decided I didn’t like it as it too was done free-hand but it also made it look a little cluttered.

After all the paint was dry I moved the box into place and put all the toys in I also placed the box onto a small throw rug so that the screws in the bottom wouldn’t scratch the floor when the box was moved for cleaning. All in all it took me all weekend to make the box and get the toys put away but in the end it was worth the time and effort put into it. Also it ended up costing only $25 to make and $10 of that was the black and white paint, I didn’t count the jigsaw because we have other projects we are using it for so we would have bought one anyways.

The dogs love the new box because as they pull toys out of the bottom I put them back through the top so they are getting new toys every time they pull something out of the box.