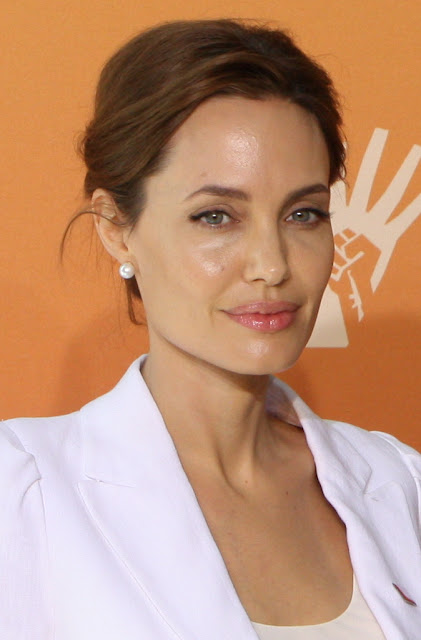 The first movie I saw of Angelina Jolie’s was Gia, and I instantly fell in love with her. Her acting abilities still shocks me now, after all these years. Shortly after Gia came out Girl, Interrupted came out, and that solidified my never ending girl-crush on her, and if I’m being honest I still watch that movie regularly, whilst saying all the lines lol.

I saw her in the tabloids and on tv with her then husband Billy Bob Thornton, and she seemed so out there, so fun loving, and I really idealized her growing up. I felt like she looked like a woman who knew what she wanted and went after it. In 2002 that seemed to change, as she seemed different, calmer, not so outgoing. What I didn’t realize then, but I can see now, is she was growing as a woman, she went from the wild partying to wanting to be someone’s mother, and wanting to heal the world in any way she could.

It was in her movie Beyond Borders (which I also still watch), that it seemed to hit me that the world we lived in was not the same for everyone. I grew up in a big blended family with different ethnicities and cultures, and I assumed that everyone everywhere was having the same kind of upbringing as me, but in that movie it showed me that land mines, and war, and famine, and disease were not ended in WWII they were all still very much alive. It was in that movie that made me want to help in some way, which is why I always make time to volunteer in my community, as well as insure my charity contributions are always being sent to the best places possible.

Seeing the change that Angelina Jolie has tried to make as a UN Ambassador, as well as using her platform for good, has inspired me to do the same, and while I know the odds of my becoming an ambassador, or radically changing the world are slim to none, I do know that by helping to make little changes in my own community can encourage bigger changes on a greater level.

Who inspired you this week?